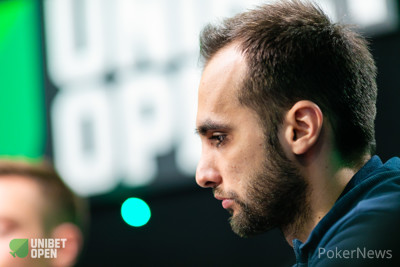 No betting action took place on the :::Ah turn and Gicovanu spiked the :::4s on the river. Soukup checked and subsequently folded, Bostan bet 475,000 and Gicovanu just called to win a big pot and take over the lead.