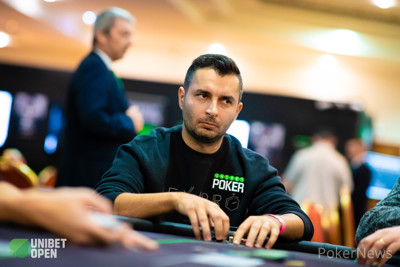 Christin Maschmann "had her aces cracked," and then got it in with :::Kd:::Qd for a flush draw only for her opponent to make quads on the river for good measure. Michael Farrelly was also among those to bust and Iulian-Ioan Acsinte joined them on the rail.

After a raise to 1,300 by Acsinte and a call by Dan Murariu on the button, Ivan Tononi jammed the small blind for 16,325. Sven “Svennoss” Edelenbosch in the big blind had a decision to make but folded and Acsinte also jammed to force out Murariu.