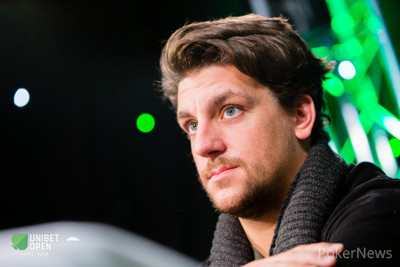 Kevin Barden was down to three big blinds and shoved :::Jc:::Ts in early position. Gerrit Van Lancker isolated with :::Ah:::Kc on the button to get the showdown heads-up.

The :::Ad in the window was brutal for Barden, but combined with the :::6s and :::Qc the German still had a gutshot straight draw. Neither turn :::3d nor river :::9s was the king he was looking for and he was eliminated.

Barden was the first player to go home with five figures and received £10,940.