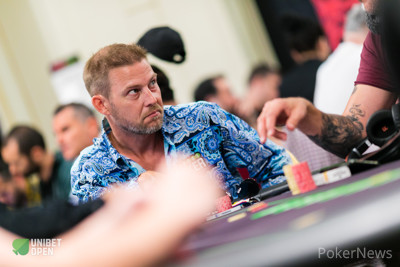 Noud van Dijk is playing his first live tournament here in Bucharest at the Unibet Open. He spends his time playing poker on Unibet in the micro stakes tournaments under the nickname "_Noud_" and does so with the occasional successes. Van Dijk’s road to the Unibet Open Bucharest hasn’t been the easiest as he took the long road to qualify.