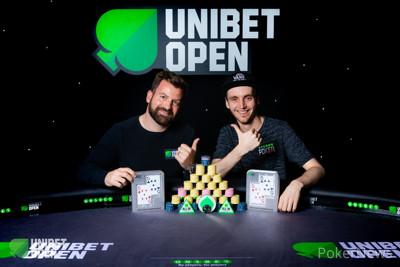 Among the players to take their Day 1B seats from the off is Mario ‘RaptorDaRaptor’ Joos.

‘RaptorDaRaptor’ is a popular esports competitor and Twitch streamer, and has already tasted poker success in London this weekend.

‘RaptorDaRaptor’ partnered Unibet ambassador Alexandre Reard to success in the Tag Team Championship, so will be looking to take his momentum into the Main Event.