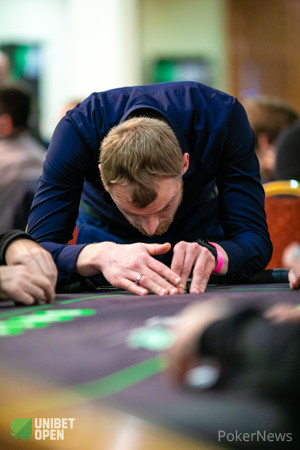 Over on the feature table, Henri Koivisto and Tomas Montrimas clashed with near identical stacks and Montrimas was the player at risk for 207,000, while Koivisto had a stack of 214,000.