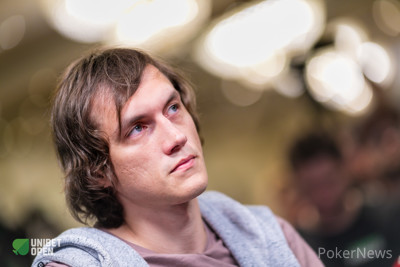 It folded to Anton Vinokurov on the cutoff and he moved all in with :::Kh:::6d. Vitalijs Zavorotnijs called from the big blind with :::Ad:::Qs.

The board ran out with a :::6h:::3d:::5h flop, giving Vinokurov the lead. The turn was the :::Ts and the river the :::7c and Zavorotnijs wasn’t able to catch up on the chip leader, who now extended his lead again.