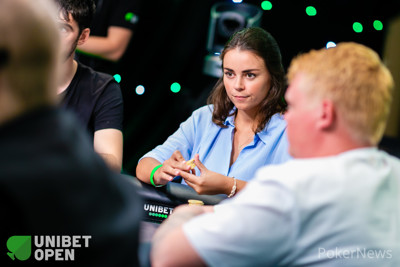 Rinkevicius fired out another bet of 13,300 which sent van Brabander into the tank. After a couple of minutes, she shoved all in for 31,200. Rinkevicius asked for a count before the clock was finally called on him, which forced him to send his cards to the muck.

Day 1c With Plenty of Notables