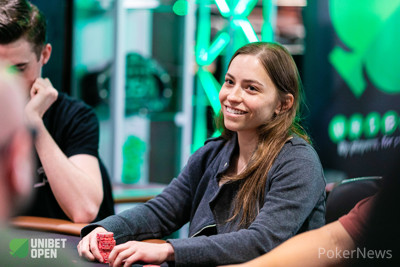 Vamshi Vandanapu raised from the hijack and saw Mor Kamber reshove for 410,000 from the cutoff. The action folded back around to Vandanapu, and he called.

Kamber was once again all in and in a flip. She kept her advantage on the flop, but Vandanapu increased his outs after picking up the nut flush draw.

But the turn and river cards were no help for Vandanapu, and Kamber was shocked that she had survived.