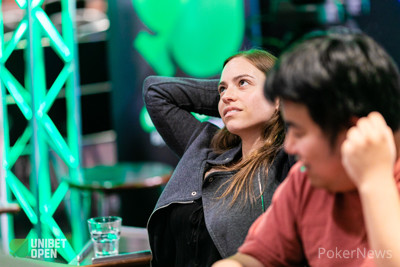 Kamber then moved all in from under the gun and saw Gordon Plomp call from the small blind.

In the very next hand, the action folded around to Jamie Rutherford in the small blind and his all in for 375,000 was snap-called by Kamber.

Kamber had a shocked look on her face, and with good reason, after she turned over back-to-back pocket aces.