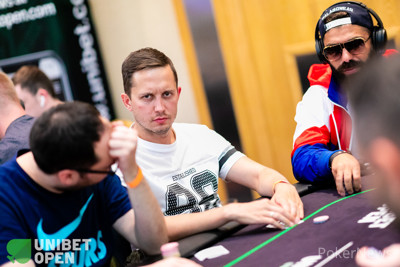 Alexander Lebedev opened to 2,500 in early position and Serdar Demircan who had been very aggressive at his table, three-bet to 6,000 a couple of seats over. The action folded back to Lebedev who shoved all in for 36,800. Demircan thought for a minute before making the call.