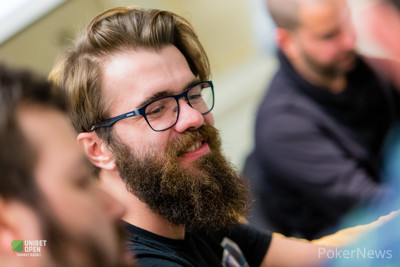 Alexandru Papazian limped in from the hijack and one opponent called before Cosmin Cimpeanu then raised to 7,500. Papazian squeezed to 16,600 and that forced folds from both opponents. Papazian has slowly but surely built his stack and now got more than average.