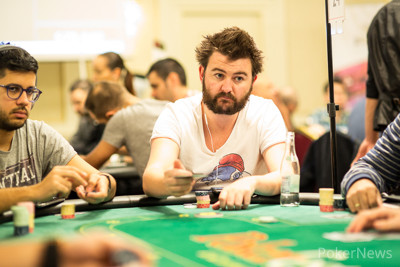 During the dinner break, David Lappin was still hopeful and tweeted the following:

Back from dinner at the #unibetopen, hoping to short stack ninja my way out of the sub-20 zone and beyond! ##

However, even after being moved to another table the Irishman was unable to spin up his stack and was among those to appear on the bustout list recently. Robbie van der Hejden and Imro Sendar were also sent to the rail, reducing the Dutch and Belgian line-up to 14 remaining.