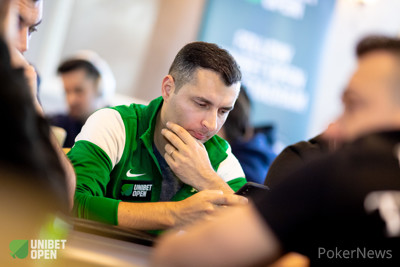 Mihnea Potcoava was eliminated on the feature table and Dan Murariu got his last nine big blinds in first to act with :::6c:::6d on the outer tables only to see big stack Cristian Grecu call with :::Qh:::7h in the big blinds. An :::Ax:::9x:::9x flop provided an additional threat for Murariu and he fell behind when a queen appeared on the turn, the river was a blank.

There are only 31 players remaining and that means Dara O’Kearney has made the second pay jump.

Day 1 is Complete For the 2020 Unibet Open Dublin Main Event, Max Silver Among the Chip Leaders Heading to Day 2