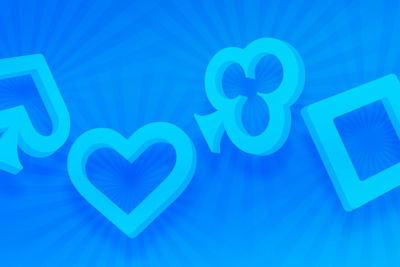 After 12 levels of poker on Day 2 of the Unibet Open Malta €1,100 Main Event, the tournament director has decided to end the night with 11 players still remaining. They will return for the final day tomorrow and play down to a champion will walk away with trophy and €71,620.

When all the dust settled, there were three players who cemented themselves ahead of the rest. Henri Jantunen will lead the field on Day 3, returning to a stack of 1,555,000 chips. Not far behind him is Deivis Rinkevicius with 1,510,000 and Matthew Ireland with 1,440,000.

All three players took different routes to get to where they are as the only three players in the seven-figure club. Jantunen came into the day as one of the short stacks and stayed there for quite some time before making a resurgence after the dinner break. Ireland stayed quiet for much of the day but picked his spots, including one hand where he won the classic flip with pocket queens against ace-king.

As for Rinkevicius, he started the day as one of the chip leaders after bagging a top stack on Day 1b. Rinkevicius remained in the top five counts for the majority of Day 2 and spent most of his time at the feature table. The Lithuanian who now resides in England can mostly be found playing on the virtual felt. Most of his live tournaments have been played at the smaller buy-in range but Rinkevicius is looking to be in his comfort zone as he looks to secure his largest cash in his career.

There were 135 players that returned to their seats today after three starting flights. That number quickly diminished in the first couple of levels as players were exiting the tournament area left, right, and center. Only 85 players made it through to the first break but they were still a ways off the money.

That money bubble finally burst just prior to the dinner break after 11 hands of hand-for-hand play. It was Mate Mecs, who once saw himself near the top of the leaderboard, who eventually found himself all in for just over six big blinds. Unfortunately for him, his ace-king ran smack-dab into a full house from Petter Kaarstad. From there, the short stacks were comfortable putting their chips in the middle, knowing they had €2,300 locked up.

However, as the short stacks faded, the big stacks grew even more and the action eventually slowed down with the average stack hovering around 50 big blinds. There were a couple of Unibet Ambassadors that found their way into the money including Alexandre Reard (29th place – €2,570) and Ian Simpson (22nd place – €3,220). Both players held solid stacks but bowed out on the feature table.

The remaining 11 players will return tomorrow for the final day of the festival that begins at 12 pm local time. A redraw will take place when the final table of nine is reached, at which point the PokerNews coverage will switch to a delay to remain in sync with the live stream. Also to note, the blind levels will be reduced to 45 minutes with six players remaining and 30 minutes with three players remaining.

The PokerNews live reporting team will be back on site to bring you all of the action until a winner is crowned.