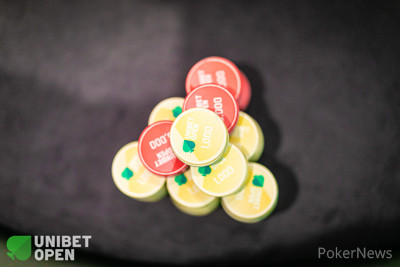 The final day of the Unibet Open Malta €1,100 Main Event has arrived and there be 11 players returning to their seats with their sights set on the title. After 12 levels of poker on Day 2, the tournament director decided to end the night prior to the final table being reached.

Coming into Day 3, there are three players that have pulled away from the rest of the field. Henri Jantunen from Finland will return to the largest stack of 1,555,000 chips. Not far off in the distance is Deivis Rinkevicius with 1,510,000 followed by Matthew Ireland who bagged up 1,440,000. Those are the only three with a stack greater than a million but don’t count out the other eight players just yet.

The action will kick off at 12 pm local time and it will be a quick turnaround for the players since play didn’t wrap until nearly 3 am last night. They will need to bring their A-game with the majority of the prizepool still at stake. They are each guaranteed at least €5,990 but the winner will be taking home €71,620.

The blinds will resume at 10,000/25,000 with a big blind ante of 25,000. The levels will continue to be 60 minutes in length to begin the day but they will be reduced to 45 minutes with six players remaining and 30 minutes with three players remaining. There will also ba redraw once the final table of nine is reached. At that point, PokerNews will switch their coverage to a delay to remain in sync with the live stream.

Follow along with the PokerNews live reporting team to find out who will walk a champion by the end of the day.