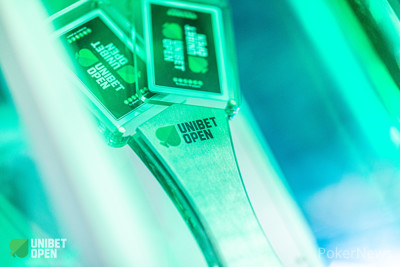 The 2019 Unibet Open London £990 Main Event is set for Day 2 with 141 players still in contention of winning the title.

Over the past two days at the historic ‘The Vic’ Poker Room in London, a record 456 entries were collected over three starting flights to create a prize pool in excess of £400,000. The official prize pool information and payout details will be confirmed after the Day 2 action gets underway at Noon BST.

Unibet esports player Craig ‘ONSCREEN’ Shannon will also be among the chip leaders after bagging 332,500 following one of the most brutal coolers ever seen on the Unibet Open Live Stream.

11 60-minute levels are scheduled for today, or until the play reaches the final table of nine.

The Unibet Open Live Stream will once again be available with a start time of 14:30 BST.

Join us back here at PokerNews for continued action in London from Noon!