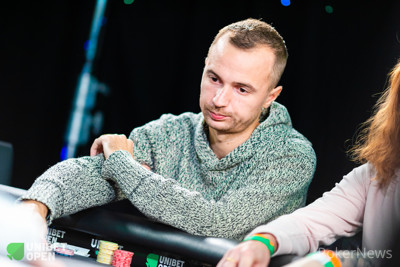 A bumper field of 143 players on Day 1b, and a further 112 on Day 1c, brought the total number of entries in the Unibet Open Paris Main Event to 480 here at the Club Circus.

This is 41 players more than the last time the tour visited Paris when Poland Jaroslaw Barglik took down the tournament for €140,539.

The remaining players will all be eagerly awaiting the prize pool for the 2019 edition, with 21 players advancing from Day 1b to join the 42 who had already locked up their places with yet more still to come from Day 1c.

By the end of the twelve levels on Day 1b it was Vladimir Nex who bagged the chip lead with 436,000.

Unibet Poker Ambassadors Espen Jorstad and Dara O’Kearney both played and bust on Day 1b, with the Norwegian busting early whilst O’Kearney ran ace-jack into ace-king midway through the day.

Isabel Baltazar, Dominique Terzian, Kamel Atoui and Mateusz Moolhuizen also bust, and will have to make it through Day 1c if they are to reach Day 2.

Day 2 begins at 11am local time with the plan to play down to a final table of nine. The entire day will be live-streamed on a 30-minute delay from 13:20. Stay up-to-date with all the action from the French capital right here on PokerNews.