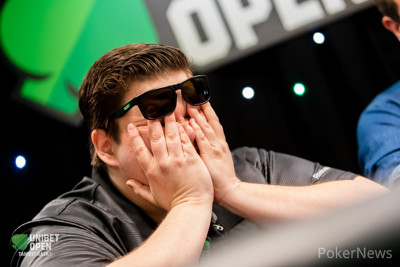 We just wrote about Alan "Hotted89" Widmann running up his stack to 150,000, but in one big hand, it was all gone just like that. The executioner was Pekka Ikonen, who now possesses a monstrous stack of 530,000.

According to Widmann, he was up with :::Kx:::Jx against Ikonen’s :::Ax:::Kx. The flop was :::Ax:::Kx:::Xx and the turn brought the :::Jx. Widmann check-shoved all in and got called by the bigger two pair. The river was not one of the remaining jacks and he was eliminated.