The winner of the 2018 Unibet Poker Belgian Championship Main Event has just been crowned and it’s a great one! Belgium’s own Christophe De Meulder grabbed the win playing heads-up against Samir Akhoullou. De Meulder will be going home with the pretty trophy and amazing first-place prize of €42,020! 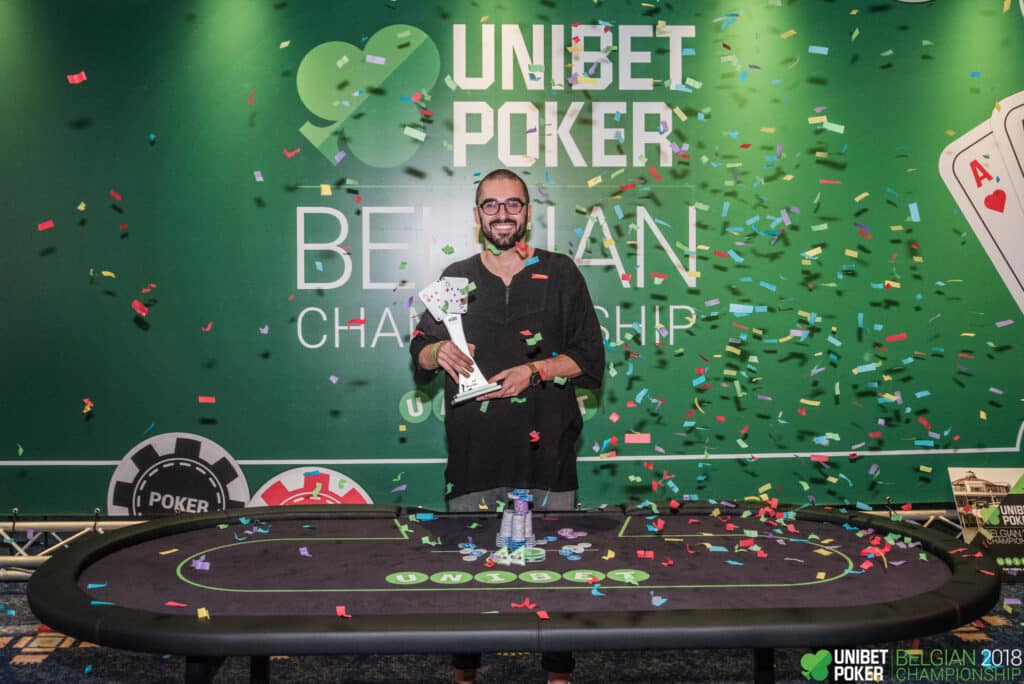 With 438 entries in total, no records were broken in the Main Event but we’re still very happy with these wonderful attendance numbers, especially with the entries in all the side events.

These are the results of the Final Table: 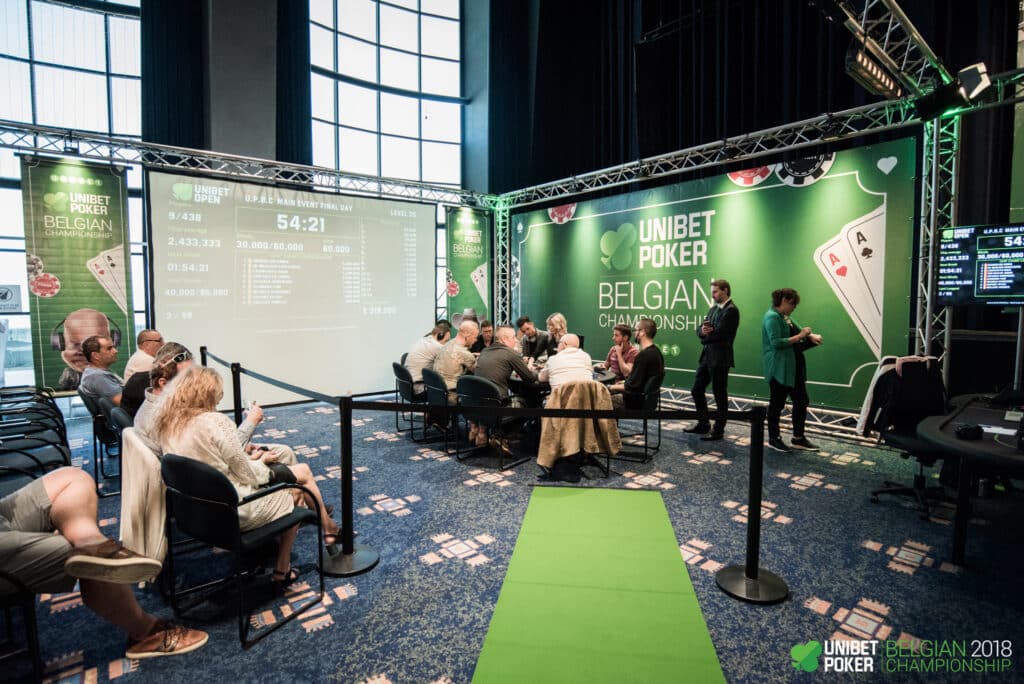 The action started slowly as there were two short stacks at the start of the day. Fabrice Halleux and Peter Dupont were blinding down and as they were the two players that were left in the free last longer for online Unibet qualifiers, neither were willing to risk their tournament life. After just over an hour, Halleux finally gave in and shoved with pocket deuces into the king-eight of Dominique Potenza. Potenza hit a king on the flop to eliminate Halleux from the tournament and deliver a Unibet Open package worth €2,000 to Dupont.

Second to leave the Final Table stage was Werner Schroons who ran his king-jack into the ace-queen of Akhoullou. Schroons was happy enough to have come this far after he had to re-enter after busting early on one of the Day 1s. Finishing in 7th place was Dupont after he managed to double up twice. He shoved his king-queen into the ace-ten of De Meulder and couldn’t win, but still managed to grab a pay jump.

Tom Hermans was the next one to be eliminated when he found ace-eight but couldn’t beat the pocket eights of Potenza. Jonas Van Baelen had a pretty quiet run up till now, picking up and losing small pots, here and there, but he finally decided to put all his chips in with king-jack. Unfortunately for him, De Meulder found ace-king and took him out.

Koen Lauwereys was pretty card dead all day according to himself. When he did find good hands, the others had better ones. He lost his last chips when he ran his ace-trey into the pocket sixes of Akhoullou. Potenza then found his Waterloo when he held queen-jack and shoved them into the ace-queen of De Meulder. They both flopped a queen but no jack came on the rest of the board for Potenza and he was sent home in third place. 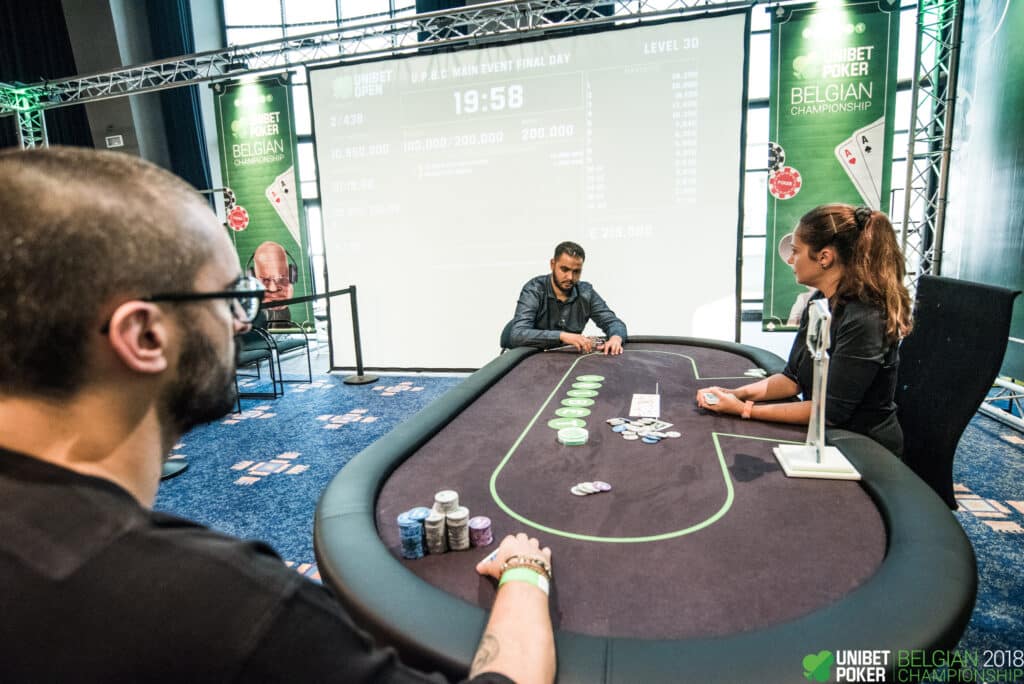 Heads-up play went back and forth. De Meulder first won a pot to come back to even stacks, he then won one to nab the chip lead and didn’t let go of that lead. Both Akhoullou and De Meulder weren’t scared of playing their hands and raising when they felt like it. Akhoullou won a hand to have a little comeback but then lost again. When he was down to his last 3 million or so, he managed to double up. But shortly after, he lost a big one when he folded after a big raise he did and De Meulder put him all-in. In the end, Akhoullo called when De Meulder put him all-in preflop for his last 600,000. Akhoullo turned a straight but De Meulder rivered quads to claim the Belgian Championship this year.

The champagne bottles was popped, De Meulder’s girlfriend and mother were over the moon, as was De Meulder himself, the confetti cannons were shot and with this, the live coverage of this event is over. We hope you enjoyed reading and seeing all the action. Catch you next time and see you at the next Unibet Open hopefully! 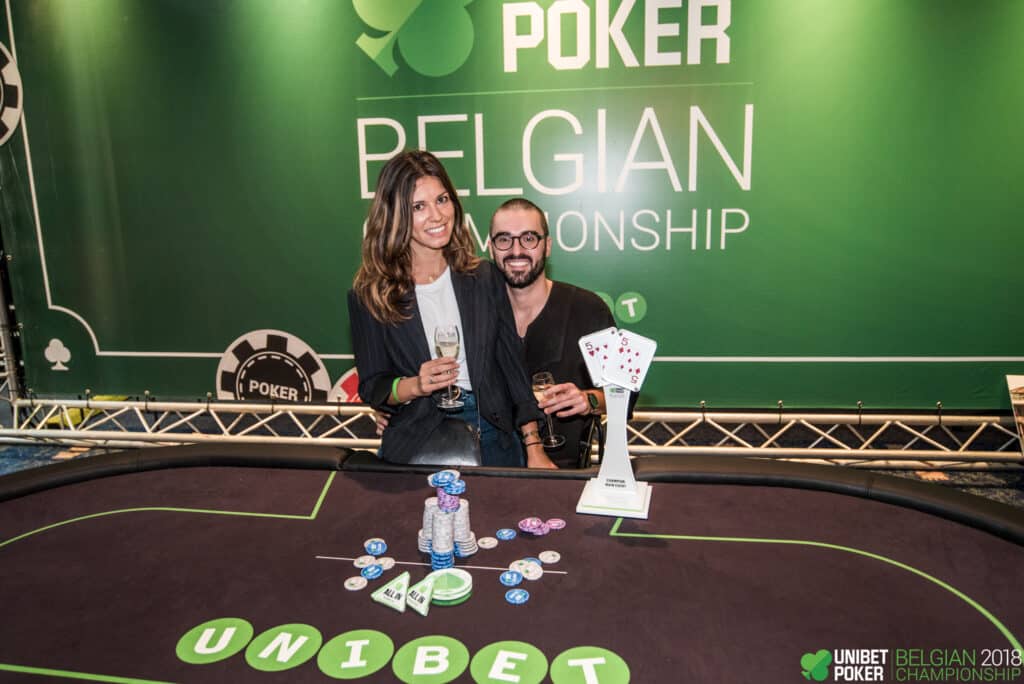 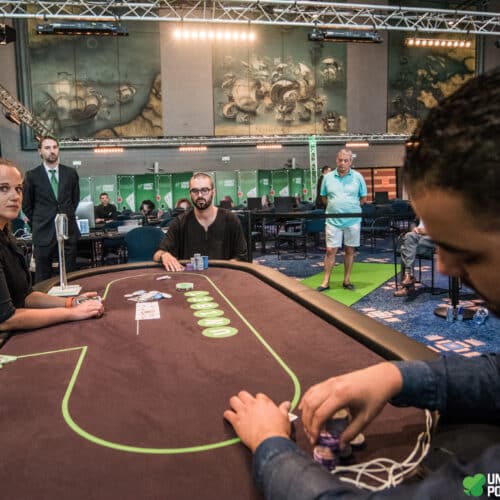 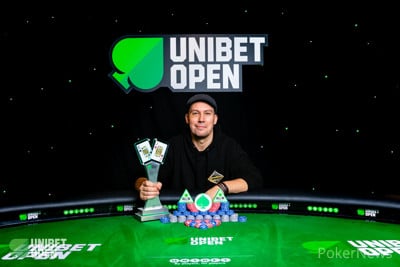