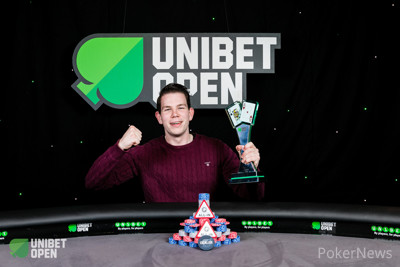 The Unibet Open once again brings the action to London for Season 12 as the historic ‘The Vic’ poker room plays the gracious host. 2019 will be the eighth edition of The Unibet Open London, and the fourth event in England’s capital in as many years.

Today at 11 am GMT, the highlight of the festival, the £900+£90 Main Event will get underway, with players taking their seats for Day 1A.

Last year it was Andreas Wiborg who lifted the trophy after the Norweigan came through a field of 349 entries to take home £56,807, following a heads-up deal with eventual runner-up Jonathan Schuman.

The final day’s High Roller live stream action will be available to watch via the Unibet Open Facebook, Twitch and YouTube channels, with a 14:50 GMT scheduled start time.

In the Main Event, a total of 11 60 minute levels will be played and all participants receive 30,000 in chips. There will be a break every two levels, with a 60-minute dinner break after the end of level six. The registration for the Freezeout tournament will remain open until the start of level seven and action is scheduled to conclude around midnight local time.

Players eliminated from the Day 1A or Day 1B action will be allowed to enter into the Day 1C Turbo flight.

Follow along right here on PokerNews as the live reporting team will provide all the action until a winner is crowned on Sunday, May 25, 2019.

Shuffle Up and Deal