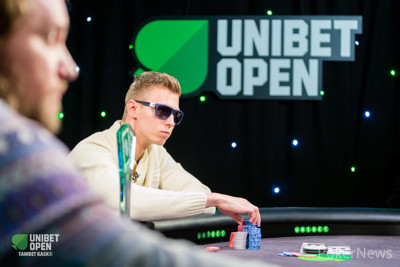 Govedic, besides looking for a five, had some chance to chop as well. The :::6h:::Ks:::8h on the flop wasn’t good for the Slovenian, but the :::Ac on the turn gave him more chance at the chop.

Both players intensely stared at the felt before the dealer burned and turned the river. It was the :::4d, which let Van Lancker’s ten kicker play and gave him the winner. Godevic walked up to Van Lancker and congratulated his opponent on the victory.

A well-deserved round of applause sounded for Govedic, who’s solid game eventually took him to the second place. The Slovenian received £45,060, by far the biggest score of his career.