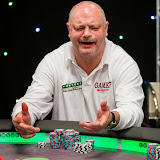 Unibet Poker’s Golden Cash Game took place this week and although Viktor Blom was the headline name from the world of poker, it was NHL legend Esa Tikkanen who provided the best entertainment on Wednesday evening and had followers on social media hanging on his every move.

The Unibet ambassador, who won 5 Stanley Cups and is famous for his “Tiki-Talk”, had the whole table in hysterics throughout the day and proved more than a match for the poker pros and sporting legends he came up against. Starting the day with £3,000 in chips, Esa was involved in more than 50% of the pots and spent most of the day in profit before eventually busting out with less than an hour of play to go. His main targets were ex-Sweden international footballer Tomas Brolin and poker player Micke Norinder, with “Tiki” often choosing to call whenever the two Swedes were in the pot.

The commentators were engrossed in Esa’s play and viewers joined in on social media to show their support for the man from Finland. With the day’s play coming to a close and Esa eventually leaving the table, some viewers even started a #whereisthemanfromfinland hashtag in an effort to bring him back.

A mention should also be given to Finnish pro Arto Loikkanen, who put in an amazing performance and left the game with over £7,000 profit and 3 gold bars worth £1,000 each. 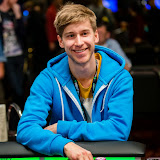 The Golden Cash Game was organized to celebrate the 30th Edition of Unibet Open and a successful 2014 for Unibet’s new online poker platform, something the Swedish company have been working on in order to bring the fun back into poker. You can catch all of Esa’s heroics at the link below, while Unibet have also promised an “Esa highlights video” in the near future.

Unibet are also currently running a Milestone Hands promotion where they aim to give away over €100k in cash and where one lucky player will have the chance to win up to €1 million. Click on the link below to read more about this amazing giveaway.