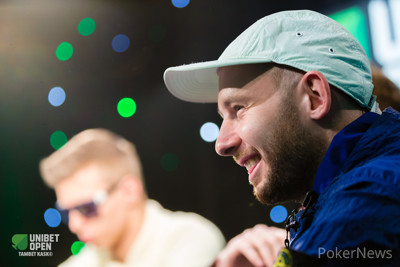 Francis Foord-Brown’s open-shoved 1,300,000 from the small blind. Gerret Van Lancker took around ten seconds before making the call in the big blind.

The 27-year old late registered for this tournament on Day 1 due to a long waiting list in his regular Pot Limit Omaha cash game. Foord-Brown is a cash gamer at heart, but dipping his feet in tournament waters paid off and secured him a massive payday of £23,000.