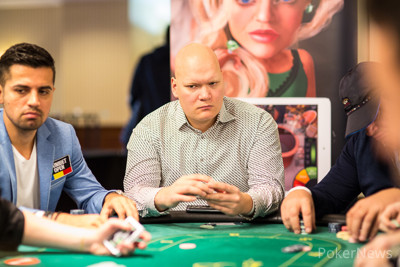 Langfeldt now bet 105,000 and Heath check-raised to 290,000 with the Norwegian coming along. The :::Qc on the river triggered a bet of 390,000 by Heath and Langfeldt talked through hands, mentioned in chat a set. He was worried about queen-ten, but eventually called and then mucked in disgust when Heath showed him :::Ah{10s} for the straight.