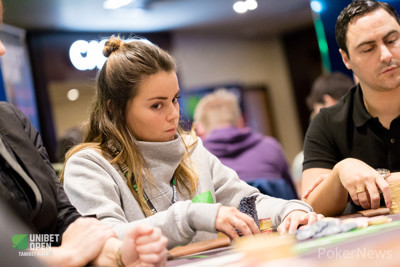 The turn brought the :::Jd and now Van Brabander quickly led out with a bet of 16,500. Hutchison’s action was fast-paced as well and he called. On the :::5s river, Van Brabander checked and Hutchison quickly shipped in his remaining stack of 43,000.

It was a decision for nearly all of Van Brabander’s remaining chips, but the Belgian couldn’t find a call and folded after ten seconds.