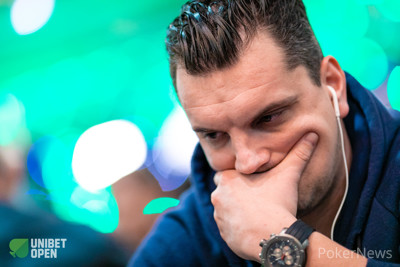 Kron snap-called for a reason and Klassen was in dire shape.

The :::5h turn and :::9c river brought no miracle for the Dutchman and he was sent to the rail in the last hand before the dinner break.