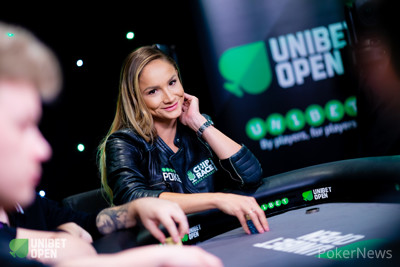 Kalman Dohany called for 200 from under the gun and saw the player on his left also call. The action folded around to Mario ‘RaptorDaRaptor’ Joos in the cutoff, and he made it 800 to go.

Krisztina Polgar called from the button, as did the player in the small, as well as Dohany and the final players.

Dohany bet 2,200 and only Polgar called.

Polgar sat on her decision for close to 20 seconds but ultimately opted to fold, and left Dohany to pick up the pot.