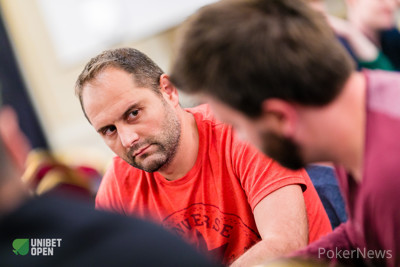 Florin Elisei sat on the button as it folded to him and he raised to 35,000. David Lappin called from the small blind and the player in the big blind folded their hand.

The :::Tc landed on the turn and Lappin checked to Elisei again. Elisei went for the bet on this street as he put 32,000 in the middle. Lappin called within seconds and the :::7s river came down.

Lappin checked again and moments later he was facing a bet of 119,000. Lappin took his time and folded after a couple of minutes while telling his opponent that he folded a "really good hand".