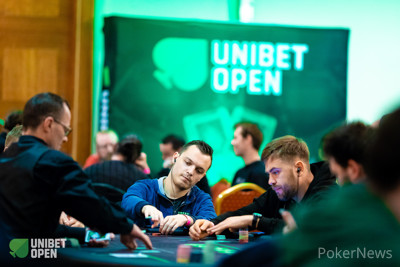 Quentin Lecomte was no longer in his seat and the UnibetPoker.fr ambassador was spotted with Alexandre Reard and the French media, explaining how he had busted.

No Chips For Niskanen