Linno Loses Almost All To Black

Linno Loses Almost All To Black 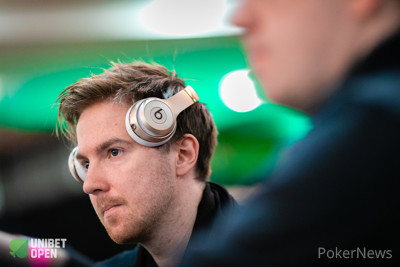 Mario Linno had previously bet-folded against the shove of Andy Black and now bet again, making it 25,000 to go on the :::Ah:::Qd:::6s flop when Black in the big blind had checked to him. Black check-raised all in for 116,000 and Linno reluctantly called with the slightly superior stack.

Neither the :::5c turn nor the :::3h river provided any help and Linno was already on his way out, but Black called him back as he had some chips left over. Not far away from the money bubble, Linno has a mountain to climb with some four big blinds.