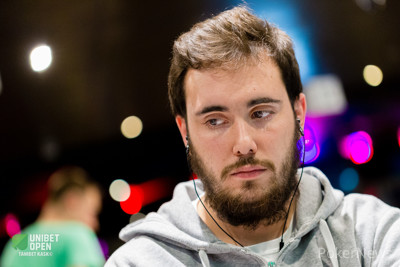 Manuel Bardon open-shoved 605,000 from late position. It was folded to Rauno Tahvonen in the big blind, who snap-called after looking at his cards.