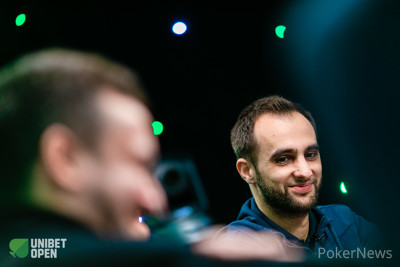 Martin Soukup open-shoved and Marius Gicovanu called for 2,090,000 after having invested the big blind ante also.

As for Soukup, he has accomplished a very rare feat and became the third player to win a second Unibet Open title. He takes home €71,000 for his efforts and another trophy to add to his collection.

Misclick Raise Pays Off for Soukup