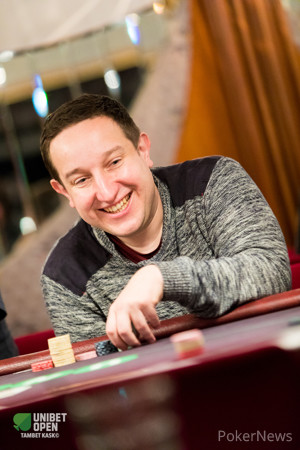 In one of the first hands of the day, Mateusz Krzyzewski was sent to the rail by Thomas Ardai. Ardai opened the action in early position, Krzyzewski shoved a little over 300,000 in late position and Ardai instantly called.

Krzyzewski was dominated but reversed it on the :::Ah:::6h:::4s flop, taking a huge lead in the hand. The turn, however, was the :::Jc and swung it right back to Ardai. The river was the :::Ts and Krzyzewski became the first casualty of the day.