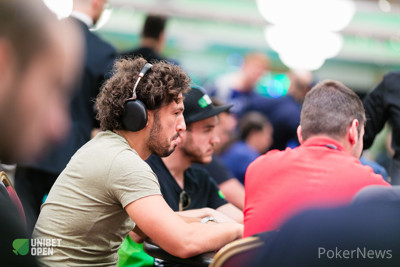 Moolhuizen’s latest victory was achieved after raising from the cutoff to 3,400. Big blind Poul Andersen called and they saw the :::2h:::4d:::4h flop appear. Moolhuizen continued with a bet of 3,000 after Andersen had checked to him and that was enough to take down the pot.