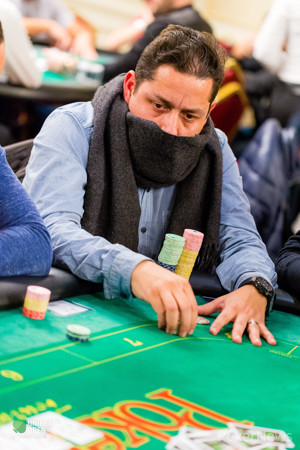 Kiarash Nabavieh raised from the cutoff and Dejan Govedic three-bet to 25,000 from the button. Vasile Paul Plastoi called in the small blind and Nabavieh then pushed all in for 94,500. Both Govedic and Plastoi called and the flop of :::Ks:::8s:::3c was checked through.

The :::Ah on the river was already a formality and Nabavieh headed to the rail, while Plastoi took over the spot as chip leader.

The First Break of the Day