No Third Title for Moolhuizen

No Third Title for Moolhuizen 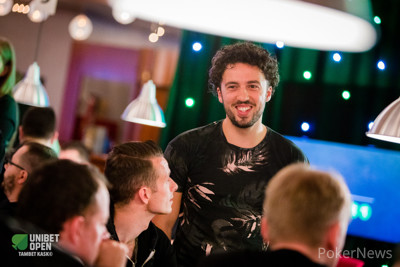 Mateusz Moolhuizen will remain at two Unibet Open titles for the time being. With a stack of 13,400, Moolhuizen opened to 2,000 with :::As:::9s and got two callers.

The flop came down :::3s:::8c:::3c and one of Moolhuizen’s opponents led out 4,000. The other player folded and Moolhuizen shoved all in After asking for a count, his opponent made the call for the extra 7,000.

Moolhuizen’s opponent had pocket sixes and after blanks on the turn and river the Dutchman was eliminated.