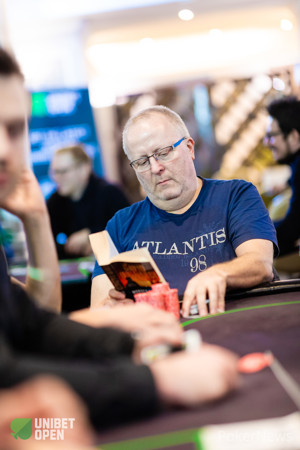 Oerjahn Winther saw his stack reduced significantly and the Swede didn’t win any major pot since the dinner break. Down to just 180,000, he moved all in from the button. Cristian grecu called in the small blind to set up the following showdown:

Judet Back Above a Million