Olali Doubles Twice in a Row

Olali Doubles Twice in a Row 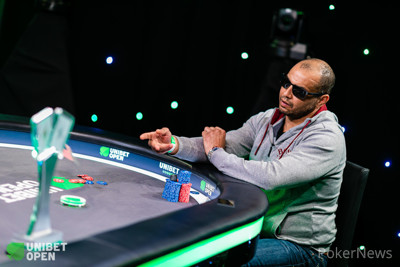 In the first hand, Martin Olali opened to 450,000 and Steven Vollers called. The flop came :::4d:::6d:::5s and Vollers shoved. Olali called it off with aces against five-deuce. The turn came :::2s to put Vollers ahead for the win, but :::3d hit the river to reverse it and give the wheel and double to Olali. The left Vollers with 6.3 million, and Olali with 2.6 million.