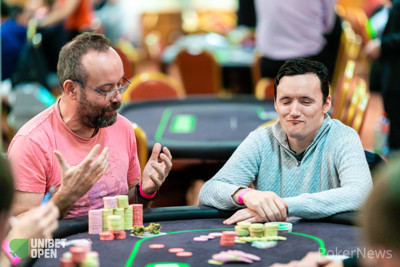 Over on the feature table, Peter Cahill was all in with the :::Ac{10d} on the button and Andy Black, who had just doubled his short stack, was also all in with a superior stack and the :::9c:::8c from under the gun.

McCloskey Freerolls to Double Up