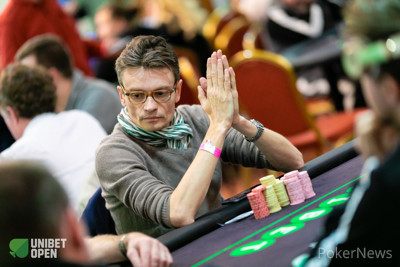 Over on the outer tables, Pierre de Montesquiou was all in for what appeared to be 200,000 and he was called by fellow countryman David Schable from one seat over.