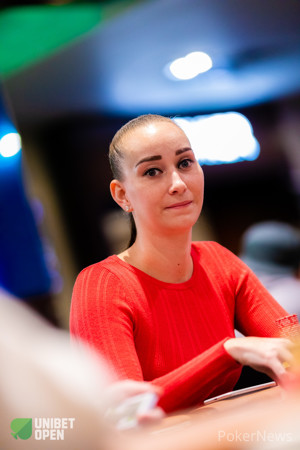 Sinead Priestley managed to get all her 130,000 stack into the middle preflop and found herself in a great spot to double after Benjamin Davo called.

Priestley held to secure a massive double up at the expense of Davo.