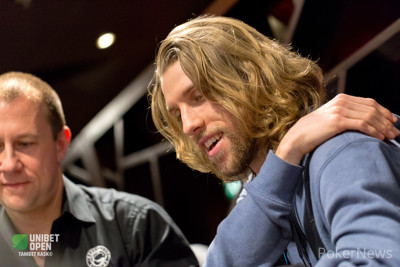 The nine lives of Rauno Tahvonen are over. The Estonian crowd favorite survived multiple all-ins miraculously, but as he remained super short it had to end at one point.