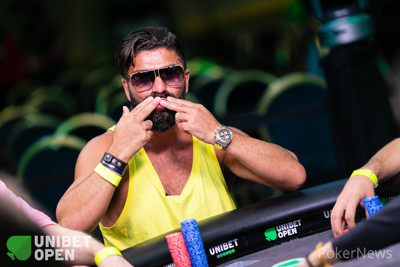 Serdar Demircan shipped all in for 665,000 in the cutoff and Alan Carr snap-called from the big blind. Just as the players were getting ready to go on break, there was another all in and Demircan was at risk.

Demircan was up against it again as he looked for one of the remaining aces. The flop of :::9s:::9c:::6c left Carr in the lead with his pocket queens. The :::7d on the turn changed nothing and the :::ts on the river brought an end to Demircan’s tournament.