Simpson Sent to the Rail

Simpson Sent to the Rail 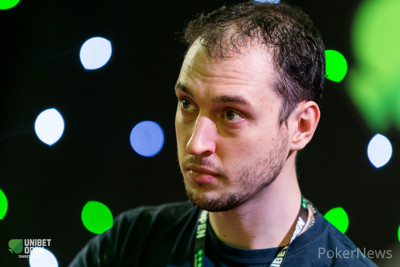 Justin Devonport raised to 1,500 from middle position and saw Ian Simpson call from the small blind.

However, the turn :::ac and river :::8s were no help to the Unibet ambassador Simpson and he hit the rail.

2018 Unibet UK Tour Manchester champion Devonport picked up the pot and moved up to 35,000.

Simpson will have one last opportunity to make Day 2, when the final starting flight, Day 1c Turbo begins at 8 pm.