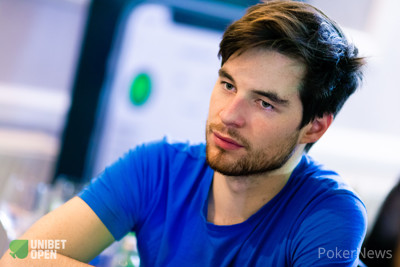 After three starting days, the special ski-edition of the 2019 Unibet Open Sinaia €1,100 Main Event has attracted a field of 366 entries and 199 players advanced after eight levels of play to remain in contention. They will return at 3 p.m. local time to take their seats at the New Montana Hotel on route to become the next Unibet Open champion.

Four esports streamers that took part in the esports Battle Royale XII made it through along with all Unibet Poker ambassadors and Andrey “reynad” Yanyuk tops them all with 99,500. The streamers Alan "Hotted89" Widmann (76,400), Kevin "Rotterdam" van der Kooi (58,000) and John "Swifty" Pyle (39,800) are all in contention.

Besides two-time champion Murariu, Mateusz Moolhuizen (54,000) will also be aiming for the elusive trifecta, 2016 Bucharest champion Traian Bostan (57,500) will attempt to keep the title on home soil once more. Lecomte (2013 Cannes) and Martin Soukup (2016 Malta, 62,400) are the other former champion still in contention for Day 2.

Up to eight levels of 60 minutes each will be played with level nine recommencing at blinds of 5,000/1,000 with a big blind ante of 1,000. There will be a break every two levels and a 60-minute dinner break after the fourth level, the money bubble is expected to burst in the second half of the day.

Right from the start, the feature table will be streamed live on the Unibet Poker Twitch channel on a security delay of 30 minutes and you can watch the action as of 3.30 p.m. local time. The PokerNews team will be on the floor to provide everything you need to know until a champion is crowned this upcoming Sunday.