The River Keeps Hegyi in the Tournament

The River Keeps Hegyi in the Tournament 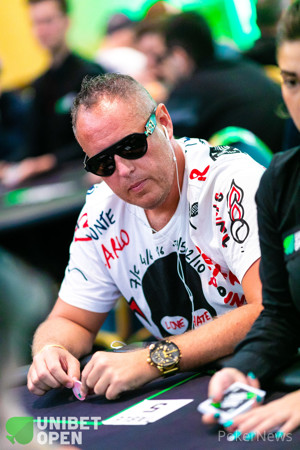 Jami Juutila raised it up to 1,200 in middle position and was called by Tonio Roeder on his left. Jozsef Hegyi shipped all in for 21,200 on the button and the action was back on Juutila who re-shoved all in to force out Roeder.

Juutila was in a dominating position which held true through the :::ts:::8h:::4d flop. The :::3s on the turn also changed nothing but it was the :::qd on the river that got a small fist pump from Hegyi who found the lone card in the deck in order to stay alive.