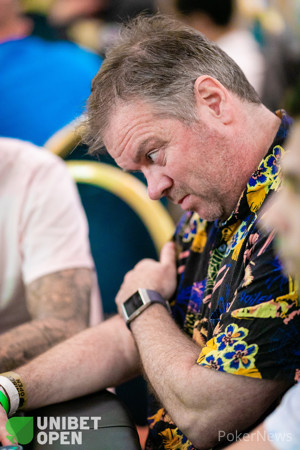 Deivis Rinkevicius opened to 2,200 from under the gun and picked up a caller before Asbjorn Elvevold three-bet to 8,000 in the cutoff. Simon Nielsen flat-called from the small blind and the other two players folded.

Quesada Puts a Dent in Tarallo