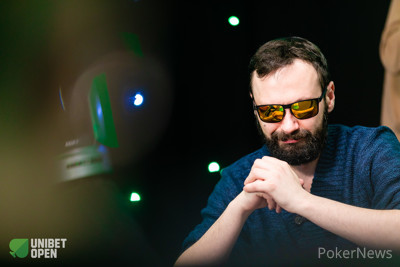 One hand after his double up, Bostan was at risk again and remained in the lead on the :::Jh:::4s:::3s flop. But the {10s} turn improved Gicovanu to a pair of tens. Bostan had spades and the two remaining eights as outs, but the :::6d river was not what he was looking for.

"Good luck, may the best win," Bostan said when he shook hands with Gicovanu and headed to the payout desk to collect €33,960 for his efforts. While he missed out on a second Unibet Open title, Martin Soukup is still in contention and about to head into a very deep-stacked heads-up against Gicovanu.