Two-Time Champion Soukup in the Field

Two-Time Champion Soukup in the Field 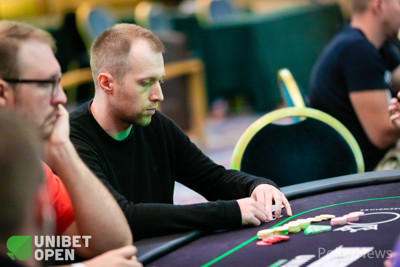 Earlier this year, Martin Soukup took down the Unibet Open Sinaia Main Event for €71,000. He defeated Marius-Alexandru Gicovanu heads-up to top a field of 366 players and win his second Unibet Poker Open title.

Soukup only has four tournament cashes according to his Hendon Mob, with all four coming in Unibet Open Main Events.

His first tournament cash came at the Unibet Open Main Event in Malta, where he took it down for €65,000. He will be hoping to win a third title here in the French capital.

Field Closing in on 100 Players